After joining Next Level Business Support, Rob has tripled his profits in less than 12 months. Now he has a MIVIS management system that shows him within 5 minutes how his business is performing. He is stress free and having a ball running his business.

Rob has been running his metal fabrication business in Moolap Geelong for over 15 years now. Over the journey he, like many business owners, has had ups and downs. Rob often arived at work at 6am, least an hour before the staff, then leave at 7pm. There was always something that had to be done. If he couldn’t do it during the week, he would come in on the weekend to get it done.

“It’s fair to say I was working guts out and achieving average results. I’m like many business owners,” says Rob, “I thought the only way to get on top was to work harder.” 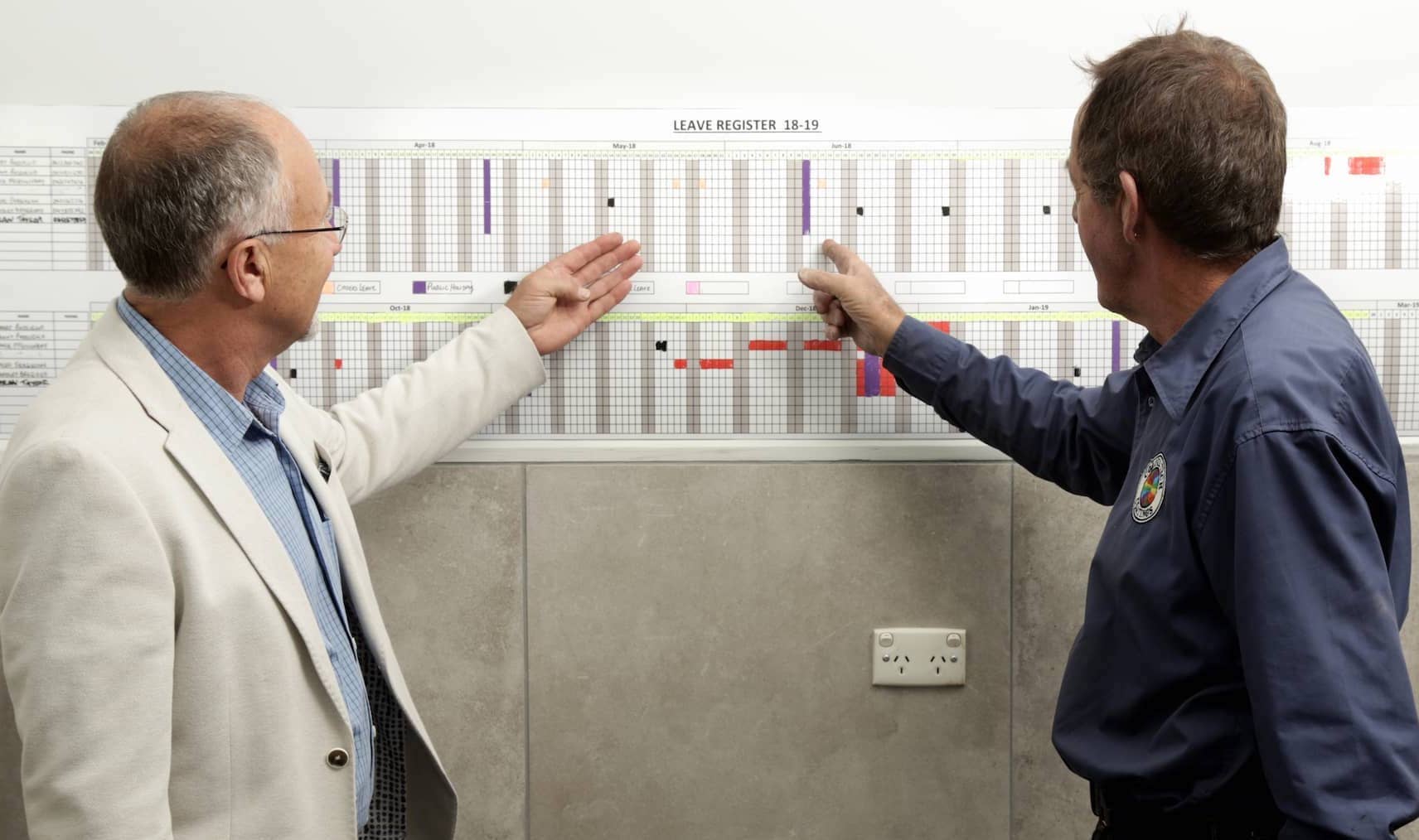 “When we looked at it, Rob had 7 staff, everyone was busy, but the reward was not worth the effort,” says Lyndon, “We undertook a thorough review and consultation with Rob and looked at all areas to completely understand his business and what the issues were.”

“Next Level uncovered that one of the areas of my business where I was losing money was in job rework,” says Rob, “My MIVIS Chart showed the black line is the hours of rework daily. When the rework goes down the daily revenue Red Line goes up”.

“Another problem area was staff absenteeism. When the MIVIS system was implemented it told us that when a staffer was unexpectedly ill and couldn’t work, daily revenue and productive efficiency went down and rework went up,” Lyndon tells.

Next Level implemented a staff resource system that reduced absenteeism by 75%.

The biggest impact was made within the first 3 months of working with Colour Tech. Lyndon recalls, “It was literally a 180 degree business turnaround, the MiVIS system was telling us revenue was up, rework was down and productive efficiency was on target. When the accounting had been completed for the BAS quarter, the results were unequivocal, the profit Colour Tech usually made in a year, Rob had made in three months.”

A year later Colour Tech Coatings is set to make the next financial year the best year ever. A five minute business management system has been created and implemented. The MIVIS system of measurement and visualisation affords the Rob the ability to work on his business and not in his business.

Phone us today, to arrange your complimentary business discovery consultation – we are here to start you on a path to success.

Get Started
Go to Top

Business and management consultants in Geelong, supporting, coaching and mentoring locally based businesses to succeed and prosper.